As I mentioned in this article, there are a lot of yoga styles. Yoga is still an upcoming business and it starts to get a lot of competition. Therefore people are finding some inventive ways to lure you to their yoga studio. In a way it’s a shame, as you can question yourself the authenticity of yoga this way, on the other side, it might be hilarious and some styles I can even recommend you. These different styles of yoga are something completely different, so if you are looking for something special, then keep on reading.

Doing nude yoga is not for everyone, and I have to admit that I also haven’t done it yet (maybe at the comfort of my own house, but that’s something I’m going to keep to myself ;)). I can see the power of being nude with your fellow yogi’s and it might even be a good way to get more comfortable with your own body.

Some people might not see why people want to be naked, and I am one of them. However, I’ve got a lot of friends who like to go to nudist beaches and I’ve asked them the question of why they love to be naked. And it was always a simple question that I got: Because I like to feel the freedom.

At first, I was thinking that I also feel a lot of freedom when I wear my clothes and that it doesn’t affect my mental state. But they were more talking about the freedom to feel connected to everything around them. Of course, this is about the naturist part of going naked. Within Naked Yoga some other factors are involved as well.

Within yoga, for example, it is about leaving everything behind before you go into your class. Within nude yoga, they take it quite literally, but it’s actually hard to go fully undressed into the studio to start your practice. If it’s already that hard to be a part of a group of yogi’s going full monty, how hard mustn’t it be to leave your mind behind during the yoga class?

Another reason is that you’ll become fully aware of how you think about your body. And hopefully, you’ll also learn to see that all of those thoughts aren’t serving you. Within a group of nude yogi’s, you’ll see that everyone has their flaws and strengths, those just make that you are who you are. And you just have to accept what you cannot change.

Here’s a video with some more explanation about this yoga style and where you can see what it looks like in action, be aware, there is nudity involved!

So, although this style of yoga might not be too controversial for some, it might be for others. And for that last group, it might be nice and good to go to one of those classes to check it out. And if you still think this isn’t a style that is a good fit for you, then you can scroll on to the next one!

Beer and Yoga?! Yes, you’ve read it correctly, these days you’ve got something called Beer Yoga. And it is exactly what you think it is. It is drinking beer while you are twisting yourself around in some yoga poses. Well, you juggle around with your bottle and mostly after your practice, you’ll be taking your first sip.

Well, the people who have invented it are saying that it’s to make the mind-body connection and through the taste, they want to offer a different experience during your yoga practice.

I have to be honest, I would do it, but I would never think of using beer as a way of going into full relaxation. I would do it though just to have the experience and to have a good laugh.

There is not much more to say about this style of yoga besides that because of this style there are some younger breweries that are getting more attention. So it probably started as a good way of marketing. Not only that, but it’s also a very unique location to do yoga.

I’m gonna stick with some non-alcoholic yoga as I’m still questioning how beer yoga fits within the philosophy of yoga.

What do you think of this style of yoga, would it be something you would enjoy? Let me know in the comment section below!

I’m a bit sad that I didn’t come up with this one as I’ve thought a lot about it in the past years! But it’s here, yoga in the water! This wonderful way of yoga might be ideal for those who are having some issues with there muscles as the water supports them. Or if you love to be in the water you can enjoy this style as well of course.

You might wonder how it works though as there are a lot of poses that can’t be done by standing in the deep end. Therefore there are a few parts included in your Aqua Yoga Poses. There’s a part where you’ll be in shallow water, for doing the Sun Salutation for example, and the part in the deeper end you’ll be able to do balancing poses, warrior poses, etc. Just to close off with some Savasana.

The Savasana pose also sounds very interesting, but you’ve got to surrender. You’ll get one of those sausage or noodle things (whatever they are called…) to put underneath you and float on the water while closing your eyes. As I said, you’ve got to have a lot of faith to go into Savasana while doing this style of yoga. However, if you don’t feel like you can surrender being carried by the water (which is a metaphor for life) it might be good to start practicing this style of yoga.

If you have access to a private pool, then here is a free yoga lesson for you:

This one has been around for a bit longer already and this is quite a strong style as well, although they don’t use the yoga poses. They do have specialized techniques that will make you laugh, and if you have a very good instructor the laughter will come immediately.

When I hear the words ho, ho, ha, ha, ha I already immediately start to laugh. I’ve done a couple of laughter yoga classes myself and they all had this mantra in them. But why Laughter yoga?

Well, laughter is a very strong medicine to get out of your mind, even if you are not sure what you are laughing about, you won’t be thinking at all. It’s also a very good emotional release. Some people might have felt a bit suppressed in their life, for whatever reason, and for that it might be good to open up to start introducing laughter into your life.

Not only that, but laughter and crying are close together. Have you ever experienced that you started crying when you were laughing? Or the other way around? Well, that’s because of the emotional release that comes after experiencing something emotional.

The next video that I’ve posted here is about a group of people who are having an illness or have been going through some emotional things themselves. It might look sadistic and humiliating when you are looking at it, but I can assure you that laughing with what you’re going through is a good way of giving it a place into your life. This is because when you are going through something like cancer, you will be worrying all the time, the people around you will question how you are doing and it will be getting a lot of attention. By doing laughter yoga, you will see that things are lightening up and that for even an hour you might give it a different kind of awareness.

I’m not saying now that you can only do laughter yoga when you have an illness of course. Everyone can do it, and if you are not that much into doing the yoga poses, this style might just be perfect for you.

Following Laughter yoga comes Tantrum Yoga. The two are close together as within this style you’ll be releasing (and relieving yourself) from some bottled up emotions that you might’ve accumulated in your past. With this style, you’ll be doing some poses or movements, but you’ll also be making some noise. So this one is not that advisable to do if you are living in an apartment that isn’t well insulated ;).

The founder of this style is Hemalayaa Behl and although I didn’t have the chance to go to her classes, I’ve had the luck that I watched her videos on Gaia TV. She has a couple of Tantrum Yoga classes there and I did feel a lot of relieve after doing those sessions.

Tantrum Yoga was created to get in touch with your inner child again. Do you remember having some tantrums as a child? Well, if you don’t, ask your parents, they’ll probably still have a good memory of them ;). It’s not really about acting as a child, but as we grow up we are told by society what we can do and can’t do, behaviourally. This means that we can’t say or do a lot of things that we like to. And therefore it is good now and then to turn that tap open and let go of everything that we’ve been holding back.

As I said, it’s a bit similar to Laughter Yoga as this style involves tapping into your emotions as well and actively doing something with them. Here is a video of Hemalayaa where she is giving more explanation about Tantrum Yoga.

That was about it, five yoga styles that have something completely different in them. As I mentioned in my article, I’m not such a big fan of the beer yoga, but all the others I can see being very helpful and giving a big emotional release. Have you ever tried one of these styles, and what is your opinion about them? Let me know in the comment section below!

The Best Time To Do Yoga 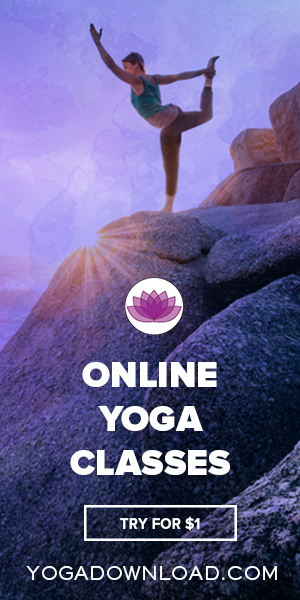